Home » Chess and card » Yi Xing: The top ten pairs of the year in 2022 (above) are key to win after 00
Best seller
Chess and cardGo

The article is transferred from the public account: Yi Xing World

Although it was a year when Chinese Go was difficult to move forward, there were still many Chinese chess players who fought on the front line.Some of them are of great significance, some are full of topics, and some are worthy of fine reviews …

The ranking of the following match is regardless of the ranking.

After 00, the key victory is

The record of postponers in China in 2022 is gratifying, and the performance of Ding Hao, the first person after 00, is even more exciting.In the context of winning many domestic championships before, Ding Hao also proved herself in the international arena.In the 27th LG Cup, Ding Hao defeated the World Championship Double Champion Jiang Dongrun and reached the final.

Ding Hao, the bureau, is hacked.The battle below is backward, and the situation in Black is good. How to transform the advantage into victory is the key at this time. 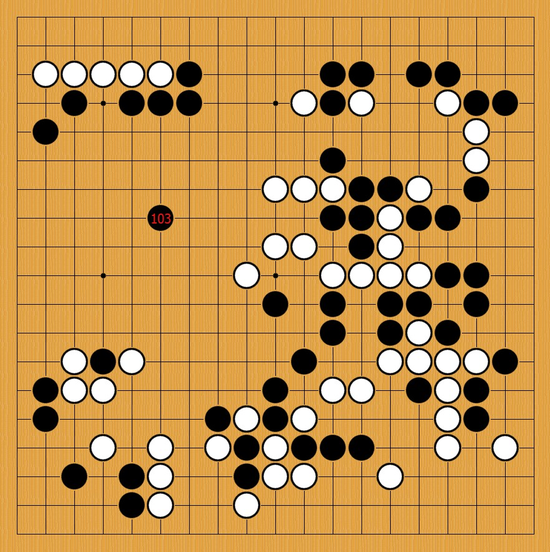 Black 103, who was grabbing the first hand, jumped in the central government and was very imposing. It not only attacked the big block of White, but also turned the thickness of the top left into a real meaning.Then Black’s attack on White was stable, torturing White to death.Jiang Dongrun’s psychological defense line collapsed completely. 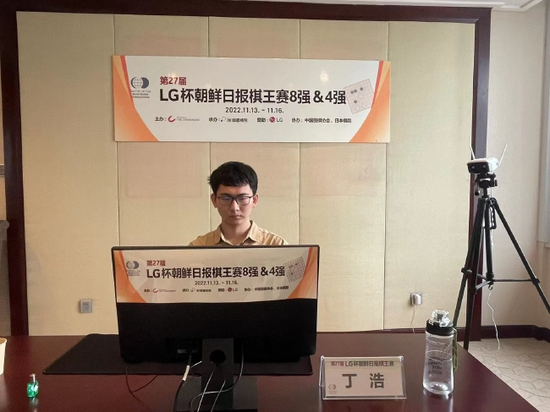 Ding Hao, the first post in China, won the finals of the World Contest for the first time.I hope that Ding Hao will win his first world championship this year. As the first person after 00, he can shoulder the hope of Chinese Go, so that the Chinese battle flag will flutter on the top of the world.

“It’s just a mother” in loneliness

This year’s Wu Qingyuan Cup Chinese female chess player did not perform well, and only Wang Chenxing entered the semi -finals.At this time, Wang Chenxing was pregnant, and it was only two months left before the due date.In this case, when going to Fuzhou to participate in the competition, Wang Chenxing faced a huge test.In the semi -final, Wang Chenxing finally defeated the Korean women’s world champion Kim Caiying, retaining the suspense of the championship.

Wang Chenxing, the bureau, is white.At this time, Black has successfully handled the two lone chess in the center and above, and the situation is good.White must make articles on the left with less strength in Black to win. 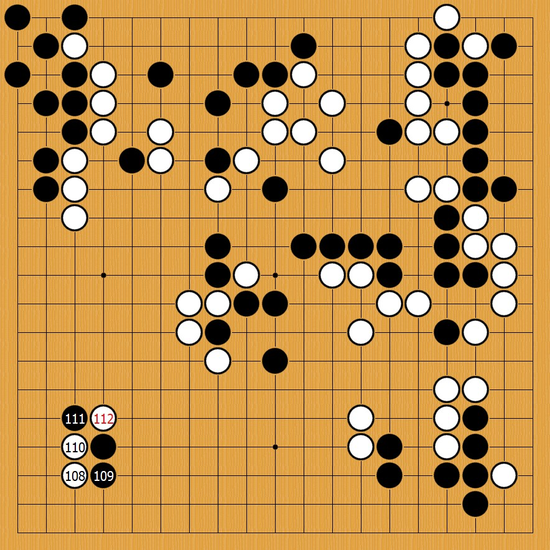 White at 108 o’clock in the corner of the corner to perform the last fight, Black 111 was slightly excessive. In response to this, White 112 suddenly made a strong force, and the two sides immediately fought in the corner.At this time, Jin Caiying’s time was almost left, and low -level mistakes occurred under Wang Chenxing’s step by step, and the situation was instantly reversed.In the end, several chess chess was difficult to take into account under the attack. Wang Chenxing violently slaughtered the dragon to win the mid -market, and broke into the Wu Qingyuan Cup final after three years. 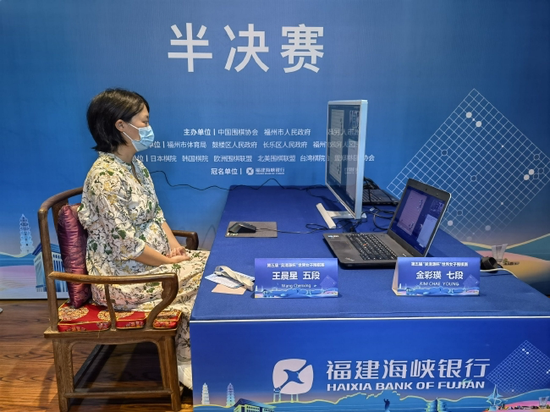 Wang Chenxing successfully reached the finals with the case of six armors. Although she finally lost to Wu Yizhen’s failure to win the championship, her courage and perseverance in the game were admirable.I wish Wang Chenxing back to the peak in the near future to create a glory for Chinese women’s Go.

In the 21st Nongxin Cup two years ago, the South Korean owner will play against Fan Tingyu in the nine sections of the nine sections of Park Tingyu. Park has a timeout under the condition that the Chinese side proposed to re -race and China accepted greatly.In the third stage of the 23rd Nongxin Cup in 2022, the Chinese deputy general Yu Yuting inexplicably overtime under the advantage, which once again triggered a storm. 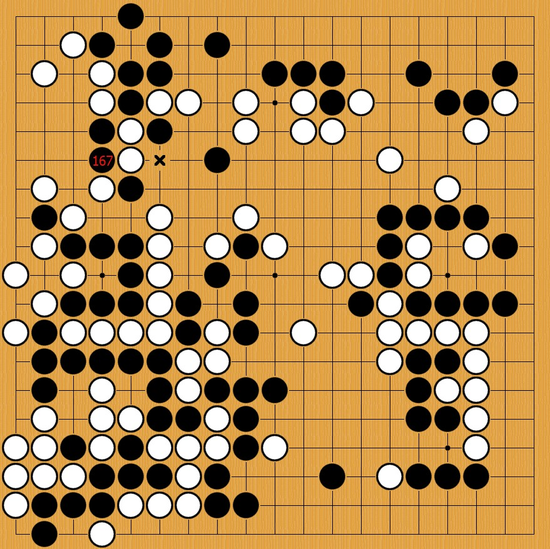 When this bureau, Yu Yuting was holding white, and when he had a black 167 hand, the AI showed that White’s winning rate was slightly excellent, but Yu Yuting had used the last council.In the last second of the reading second, Yu Yuting clicked the mouse at the ×, but the system reminded the white side time. 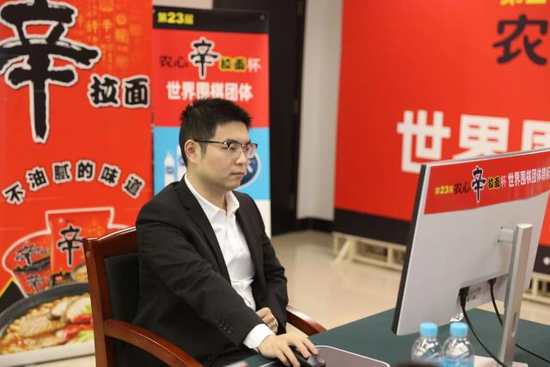 After watching the video, the two sides negotiated and had no results. Later, the arbitration committee, the “International Go Alliance”, was punished. As a result, the time was overtime, and the Chinese side filed an appeal again.After a few hours of consultation, the Chinese Go Association appealed successfully. The bureau was judged as a victory without defeat.

The only crown in the world competition

In 2022, the Three Kingdoms Women’s Taiwan Tournament restarted, and China, Japan and South Korea sent a super -strong lineup to fight.The Chinese team performed well in this competition. Wu Yiming’s three sections and Li He had won five consecutive victories and two consecutive victories, respectively.After the Japanese general, Ido Aiyami, if there was a god assistant, they won the victory of Li He, Cui Jing, and Lu Minquan, and directly killed the Chinese vice general Zhou Hongyu.

Zhou Hongyu, this bureau, holds black.In the first half of the half, Black is more than a few places, while White’s treatment in several places shows a slight grass rate.In the case of Black advantage, White can only find opportunities to disrupt chess. 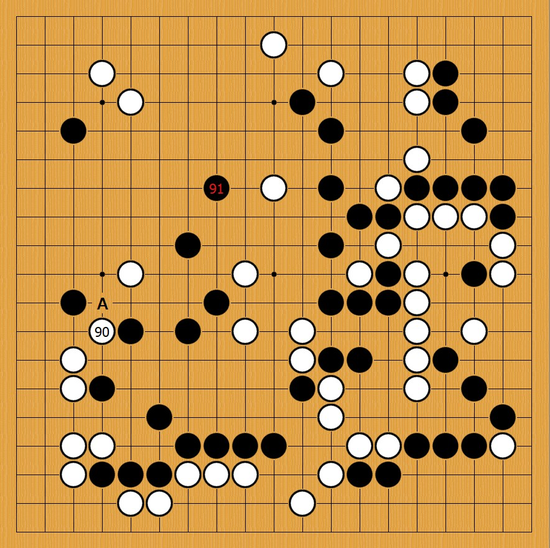 At this time, the Central Government was attacked. White at this time was 90 -pointed at this time. Usually Black would block it in A, but Zhou Hongyu, who had a good view of the overall situation, did not ignore it, but 91 flying to the central white chess, and White was even more at stake.EssenceLater, White desperately provoked the incident, but it did not help the rest of the water of Zhou Hong. Zhou Hongyu finally won the mid -market 207 hands. 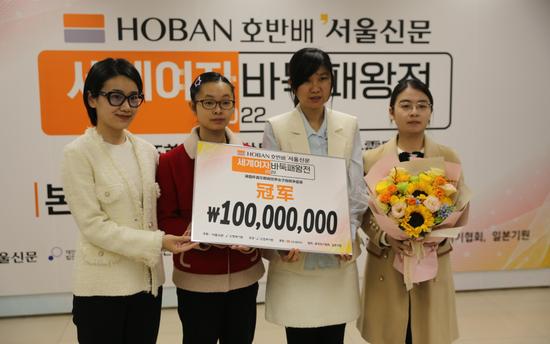 The victory of this bureau made the Chinese team win the championship of the Lake Cup in advance, and also caused the embarrassment of Chinese Go to avoid the “zero” of the World Championship in 2022.Dragon Slaughter Junior King Return

Born in 1991, the Nine -section was the top chess player in the world’s chess scene. In 2013, he won the LG Cup World Championship and ranked first in the domestic level for 15 consecutive months.However, after 2014, he has always missed the championships, and has been defeated by young players such as Ke Jie, who has more impact in the finals.

When people think that Shi Yue will gradually fade out of the front line like a chess player who has been over 30 years old, Shi Yue shows people’s unyielding fighting spirit and the still sharp Dragon Treasure Knife with the victory of one game.

The more white is in this game.At this time, a situation of black and white potential is formed. White must transform the central government into actual interests in order to win.

The White 82 was supreme, and the momentum was shocking, forcing Black to enter his own encirclement. At this time, the Dragon Dragon Slaughter of the Dragon also showed a shuddering cold, making people lament that there was no trace of change in the teenager. 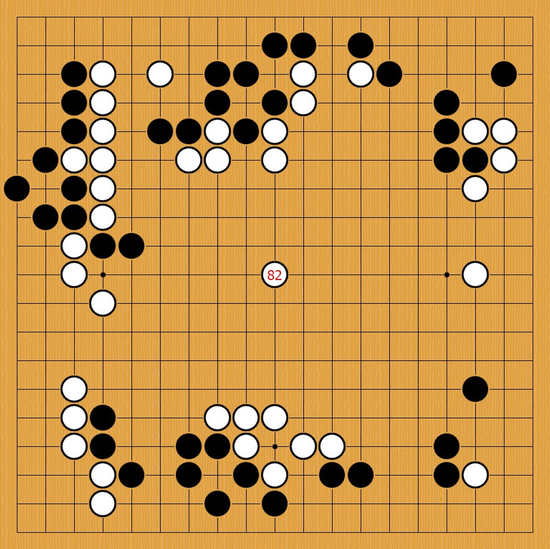 In this bureau, the more he won, winning the puzzle in the fast chess game that is more suitable for young people, and won the championship of the domestic competition again after eight years.Perhaps the peak of his career, but Shi Yue used actions to set an example for young players.The road ahead is still long. I believe this is just the beginning of the rise of the “old chess players”.