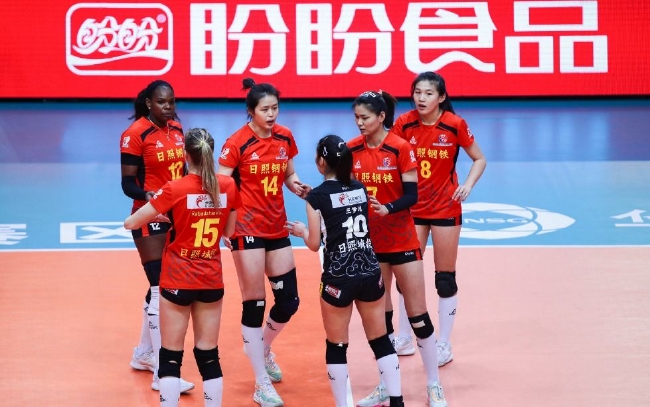 On January 7, Beijing time, the 5 to 8 volleyball teams of the Chinese Women’s Volleyball Super League in the 2022-2023 season ended in Shangrao, Jiangxi.In the 5th and 6th finals, Shandong Rizhao Iron and Steel defeated the last runner-up of Jiangsu Zhongtian Steel with a total score of 2-0, and won the fifth end of the 3rd Super League.The worst record in the last 9th league.In the seventh and 8 finals, Liaoning Donghua defeated Beijing Auto ranked 7th with a total score of 2-0. This row is the team’s most rely on in the nearly 8th league; Beijing Automobile ranked No. 18. The ranking has increased by 5 digits over the previous ranking.

5. The second round of the finals: Shandong Rizhao Steel 3-0 victory over Jiangsu Zhongtian Steel

Once against the last runner-up Jiangsu team, the Shandong Women’s Volleyball Team still has the initiative. 3-0 Like opponents, in the three-game two-win competition, the total score was 2-0, and the 3rd consecutive Super League won the fifth place.The three games scores 25-20, 25-22 and 25-20.

Fernando: After entering a team, listen to the coach's arrangement and manage yourself