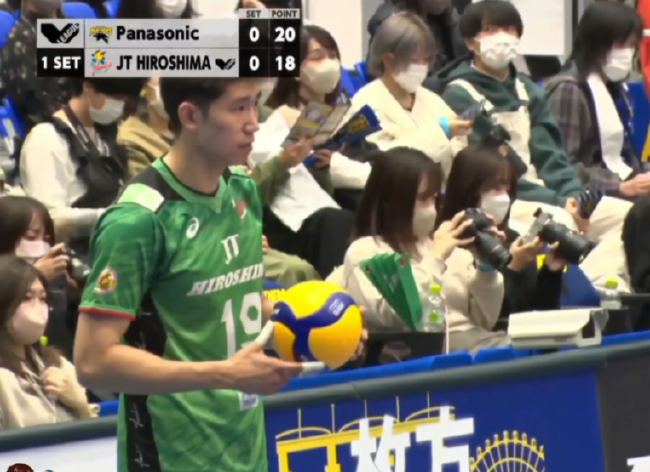 On November 19th, Beijing time, the fifth round of the Japanese Men’s Volleyball Team V1 League in the 2022-2023 season was launched in the fifth round. The Panasonic Black Panther led by the Polish aid Kuabiak, the Chinese men’s queuing of the Hiroshima JT Thunder in the Yangtze River, 2-3 after the fourth defeat in the fourth season of the season, and the fourth game of the season, the score of five innings 21-25, 25, 25 -23, 25-23, 20-25 and 7-15. Jiangchuan’s 28 deductions and 1 block in this game still scored 30 points alone, and it is still difficult to save the Lord. Among them, 3 mistakes of attack 60 buckles and 28 mistakes were blocked.

The U.S.-main attack A-Russell of the Hiroshima JT Thunder in this campaign did not appear. Liberty Tang Chuan Dazhi and Xichuan Xin.

After the first game lags behind 3 points, the JT Thunder chased to 7-8, and the right wing of Shimizubang made a strong breakthrough. Panasonic was suspended 12-8 in the technology. Jiangchuan jumped forced Kuribiak to send the probe and was beaten by Abe, and the JT Thunder who was behind 5 points was approaching 18-20. After the New Jingxiong Dayi defeat until 21-24, Hiroshima JT Thunder could not restrict the breakthrough of Shimizu Stangya for a while.

In the third game, the technical suspension of Panasonic, 7-12, chased to 19-21 at the end of the game. Ono Temple Taizhi fast attack stable, Shinjingxiong captured the counterattack, JT Thunder 24-21 won the game. After Yamaneo Jingda and Kobiak’s offense 2 points, Jiangchuan captured the ball, JT Thunder won another game 25-23, and scored 2-1 to overtake.

The fourth game JT Thunder was defeated by Panasonic and brought the game into the victory. In the fifth game, JT Thunder relied on Sakama Chunye’s counterattack 2-0, but only relying on Jiangchuan’s attack to maintain a leading advantage. After 6 draws, Dazhong Qing grabbed the counterattack, Jiangchuan’s deduction of the ball out of bounds, Panasonic 8-6 overtake the exchange venue. After changing the edge, JT Thunder is difficult to get effective for Dazhong Qing’s buckle and his own offensive. He lost 6 points and 6-14 behind. After JT Thunder relying on Dazhuyin’s handling ball mistakes, he failed to stop Cubiak’s breakthrough in 7-15, 2-3 lost to Panasonic.