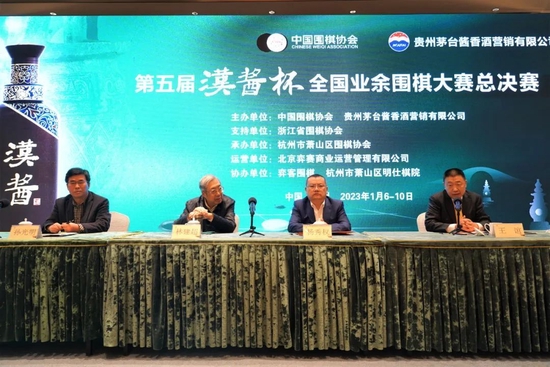 The Fifth “Han Sauce Cup” National Amateur Go Contest Finals is the first national Go event hosted by the China Go Association in 2023. It is also the 14th Han Sauce Cup (4 of which, 10 of the finals, 10 partitions in 2018Competition), a total of 178 players participated, covering all 31 provinces, municipalities and autonomous regions, 65 of them, 63 celebrities group, and 50 famous teachers group.37 players above 6 (including), 3 of them, 3 people, 9 sections, 9 people, and 25 sections.According to the adjustment of the Chinese Go Association in 2022, the famous team champion can declare 8 places of amateur amateur, and it is also the first national high -level amateur competition that can be applied for amateur amateur in 2023. 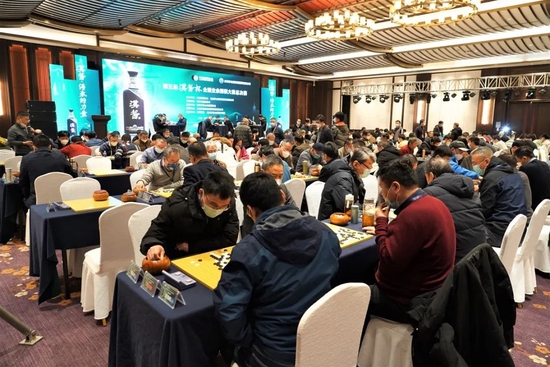 Affected by the epidemic situation in this competition, the planned four -station branch competitions were held only Nanning, Tianjin Station, and Wuxi Station.On the 7th to 10th, the results of the outstanding results of the three stations gathered in Xiaoshan and will decide the championship.A total of 9 rounds of famous teams, 8 rounds of famous teachers and celebrities, all competitions will end on the morning of the 10th.On the 7th, two rounds of famous players, Chen Yang, Pan Wenjun, Wang Chen, and Ma Tianfang won two consecutive victories; in each round of the famous teachers and celebrities groups, Han Qiyu and Wen Qinglin have won the door.On the evening of the 7th, the “Wanjia Shared Testing Meeting” was also held.On the 8th, the third, fourth, and fifth rounds of the famous group will be held. The second round, third round, and fourth round of the famous team and celebrities group, and the “Jiu Shen Fun Cup” competition. 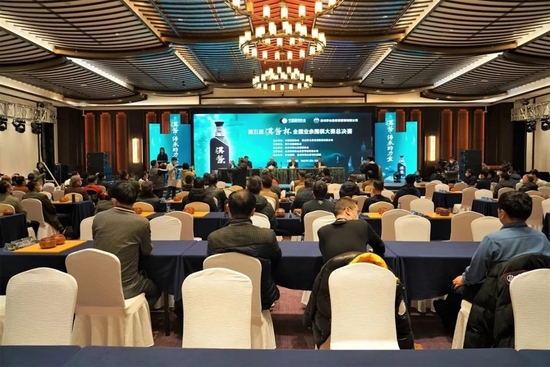 At the opening ceremony, Wang Yi said in his speech that the Chinese Go Association and Maotai Group began to cooperate in 2018 to establish the Han sauce cup., Good future.Chess and wine belong to the traditional culture of the Chinese nation.Moutai has long been well -known in China and has a long history. Moutai has a high aspirations and must turn it into a world brand.Similarly, Chinese Go will also become a world -central power.The Chinese Go Association and Moutai Company are like each other.At the beginning of the cooperation, Hanyu wine sales were one billion levels, and now it has grown to a large single product with a magnitude of 200 billion.The Chinese Go Association has also started physical reform since 2018. With the joint efforts of the majority of Go enthusiasts and associations at all levels, through several years of reform, the Go business, Go industry, Go occupation, Go industry, and Go studies are great.situation.In these years in cooperation with Moutai, under the leadership of Chairman Lin, more than 20 mass competitions in Chinese Go have developed to more than 90 today.These achievements have benefited from the majority of Go enthusiasts and leaders of the State Sports Administration of Sports. Of course, companies like Moutai Group have strong support for us.Taking this opportunity, thanks to Moutai Group, thanks to the Zhejiang Go Association, and thanks to everyone who has worked hard for the competition.The Han sauce is a glass of wine, and the tattoos are facing the chess friends. 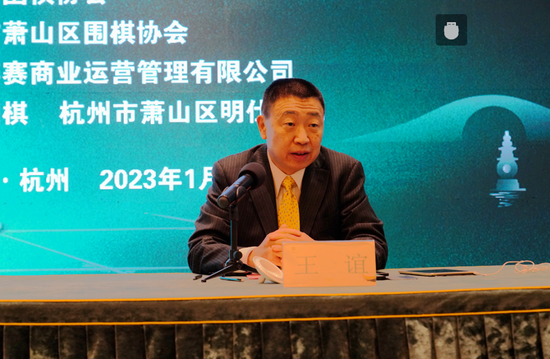 In his speech, Yang Xiuquan said: Since ancient times, “Qinqi, calligraphy, calligraphy, poetry and tea tea” has been called Baya.Chess and wine played a very important role in the long river of history and culture in China.”I do n’t know how to change the world, and Jiu Lan helplessly thinks about the family.” It means that when playing chess, I forgot myself, and I also miss the warmth of my hometown after pushing the cup and change.Go is the Chinese country, which contains the rich connotation of Chinese culture and carries the philosophical philosophy of Chinese traditional culture.Hanyu wine is brewed by the “inheritance power”. It is the core product created by Moutai Wine Co., Ltd.In order to deeply integrate and carry forward China’s “chess and wine culture”, since 2018, Guizhou Moutai and the Chinese Go Association have jointly created the “Han Sauce Cup” national amateur Go contest.Under the care and guidance of the Chinese Go Association, after five consecutive years, the “Han Sauce Cup” National Amateur Go Contest has grown into one of the top national amateur Go events, fully realizing the integration of chess and wine.I think this is the power of inheritance.Today, the fifth “Han Sauce Cup” national amateur Go contest ended, I wish you all the players play style, the level of the game, the friendship, and achieve excellent results!I wish this Go contest a complete success! 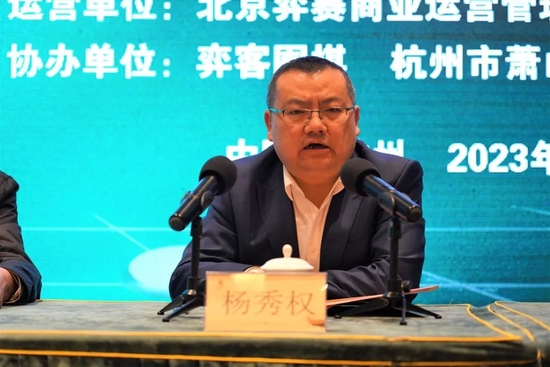 Later, Lin Jianchao announced the start of the game. 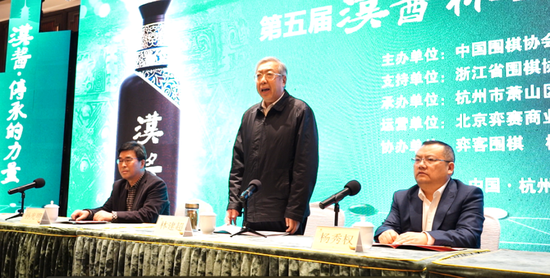 At the same time as the players, Lin Jianchao, chairman of the Chinese Go Association, accepted the media interview.Lin Jianchao said: The Fifth “Han Sauce Cup” National Amateur Go Contest Finals was the first national amateur Go contest after the prevention and control of the epidemic.The Chinese Go competition system created by the Chinese Go Association now has a total of 183 competitions, including mass, professional events, and world events.We rely on governments at all levels that support Go in all parts of the country, and the strong support of enterprises, colleges, and social organizations that love Go in all parts of the country to run the competition.The so -called reform of the Go industry is to a large extent to be out of the original general administrative system, which is conducive to the most sufficient excavation and development of social organization resources.Therefore, today we enjoy the resources provided by Moutai and Han sauce here.In more than 180 competitions, we will continue to enjoy social resources in all aspects.A reporter asked what to do if the Han Sauce Cup was prepared in the future. Lin Jianchao replied: We have a very confidential saying that this competition will last long and extensively.The Hanyu Cup made a good look at the beginning of 2023, and other competitions will keep up.I saw the re -opening up of the entire society through this Han Sauce Cup finals, which also brought great vitality to our Go. We have reason to believe that the Go sports will be in full swing.There will be a series of competitions during the Spring Festival this year.Zhejiang can be said to be the leader of the Chinese Go movement. Not only is the professional Go level high, but the mass Go movement also develops very well.Now that Go is in the new stage of openness, whoever dares to walk ahead, whoever dares to get a big flag again, this must be responsible.Leaders and relevant parties at all levels in Zhejiang are very firm on this issue, so the first national Go contest in 2023 was held in Zhejiang. This was not accidental, it was deeply accumulated and brave. 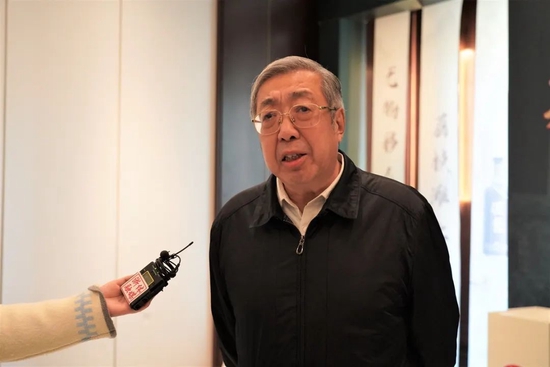 Some reporters asked the “8 -stage system” reform problem. Lin Jianchao said: Since last year, Chinese Go has implemented the 8 -stage system reform. This is the need to adapt to the development trend of world Go and the level of amateur Go levels to greatly improve the trend.The high -level chess players participating in the amateur Go competition have increased significantly. People have an urgent need for improving the degree of certification.The amateur 8 -stage system adds new vitality to amateur Go.

The Hanyu Cup not only has a lot of bonuses, but also attracts the attention of Go enthusiasts across the country for its unique competition system.First of all, the competition is divided into three groups: famous group, master group, and celebrities, instead of mixed registration competitions. The national competition is no longer the “exclusive” of top amateur power, so it has attracted more enthusiasts to participate; second, HanThe sauce cup has partitions+finals, so that enthusiasts in various regions can participate in the nearest competition and compete in the first zone to further increase the attractiveness of the event. Those with excellent regional competition can participate in the finals.Two races a year; there are “wine magic cups” in partitions and finals.Life! 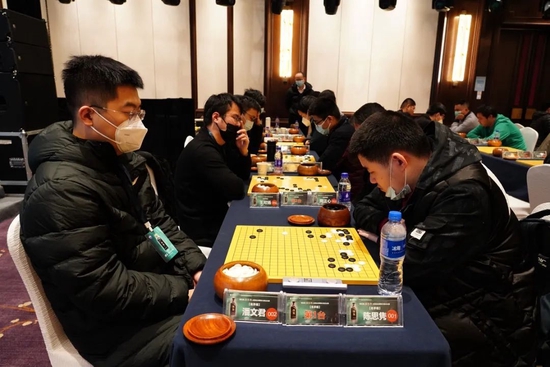 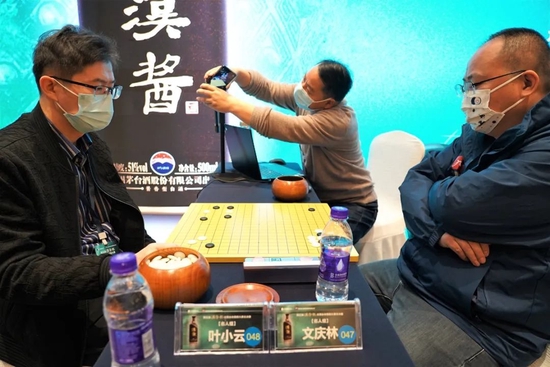 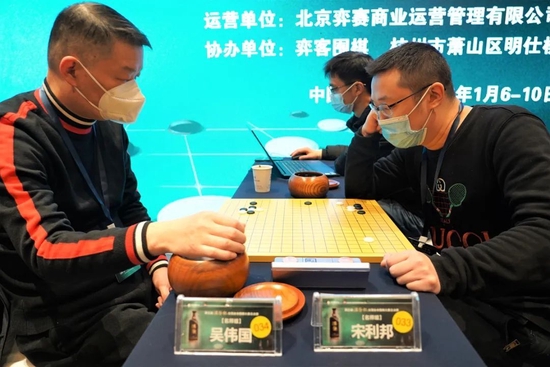 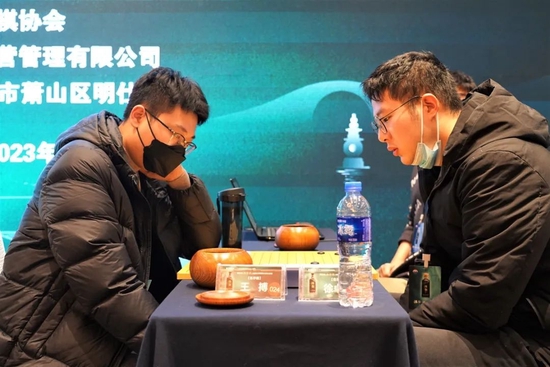 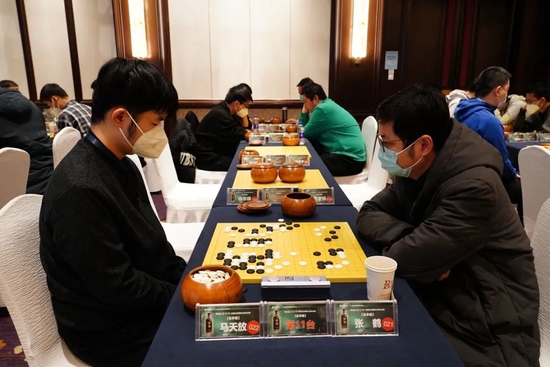 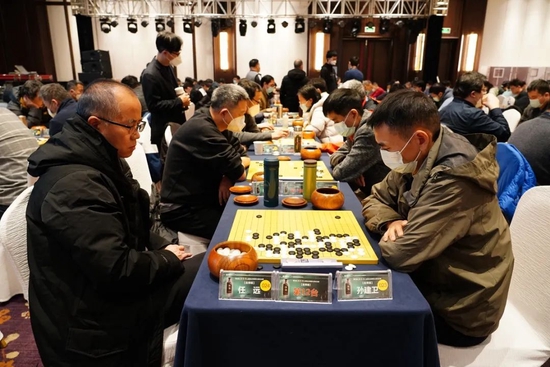 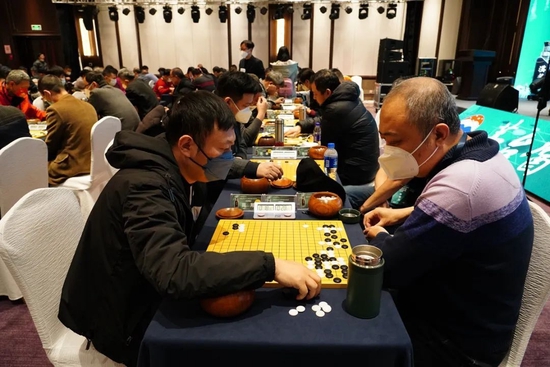 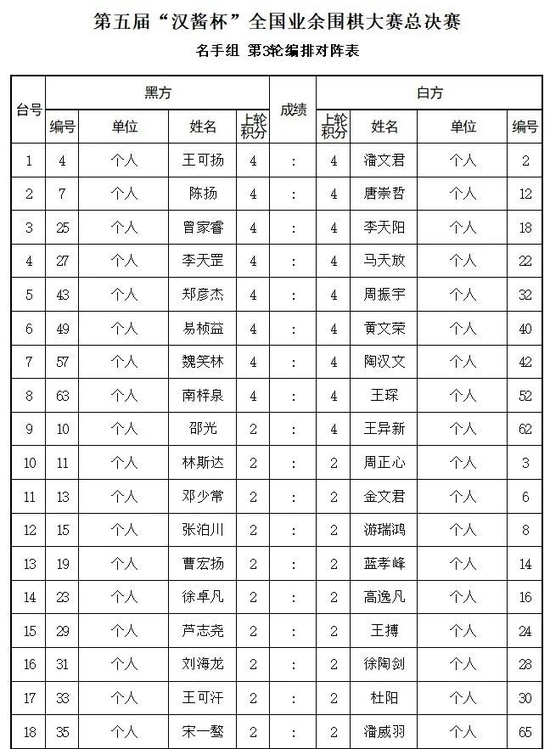 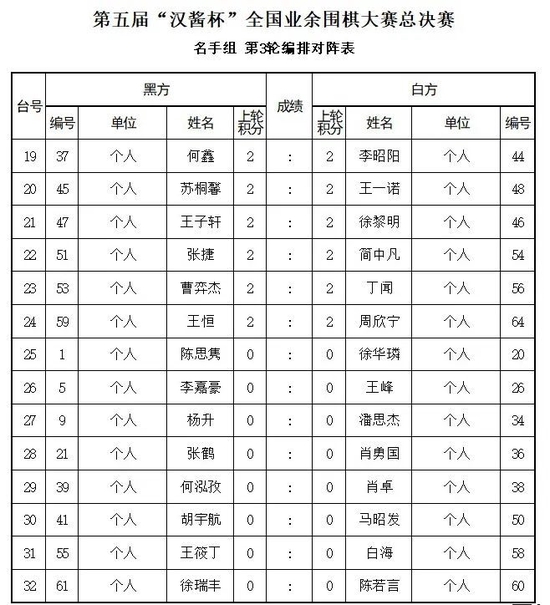 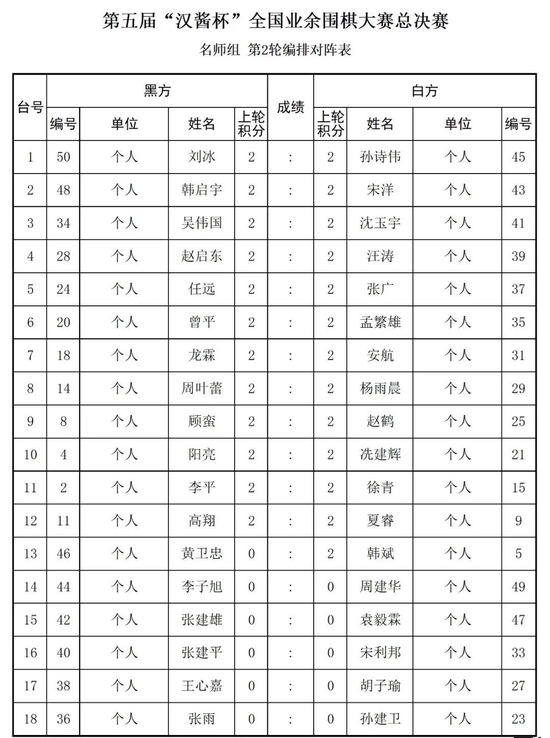 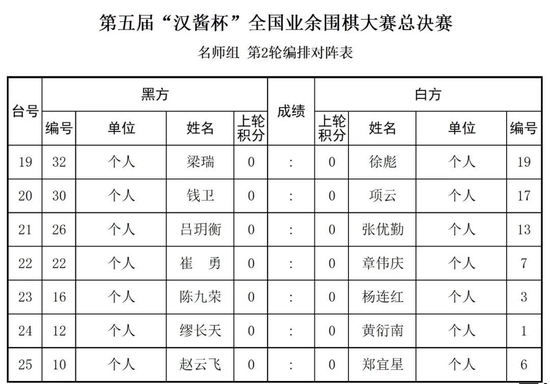 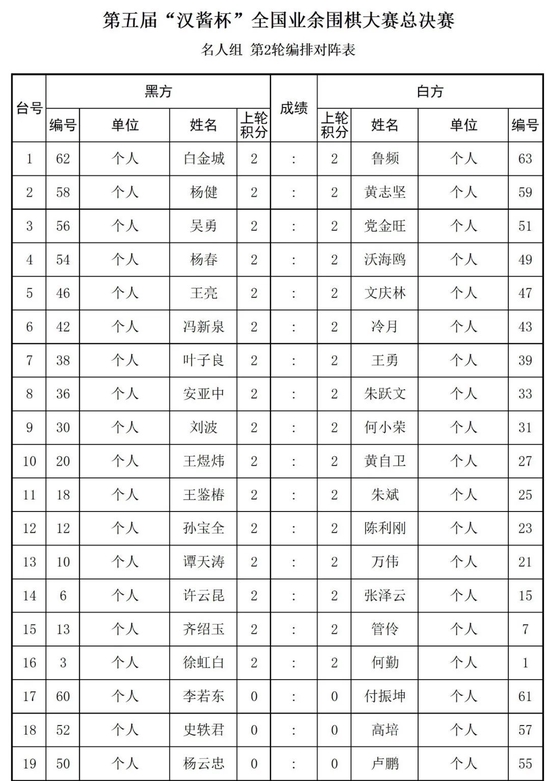 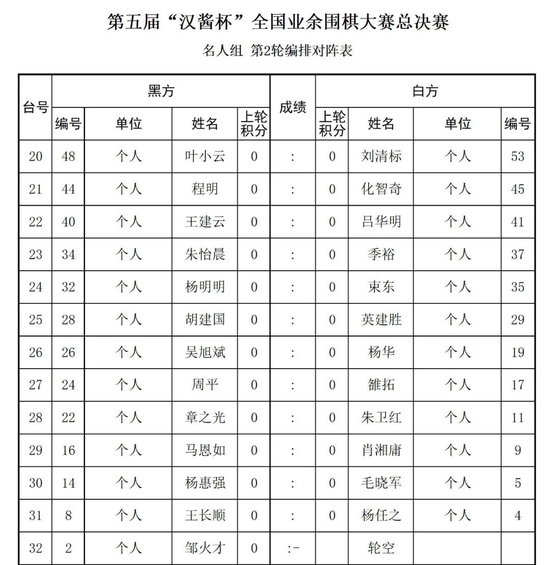 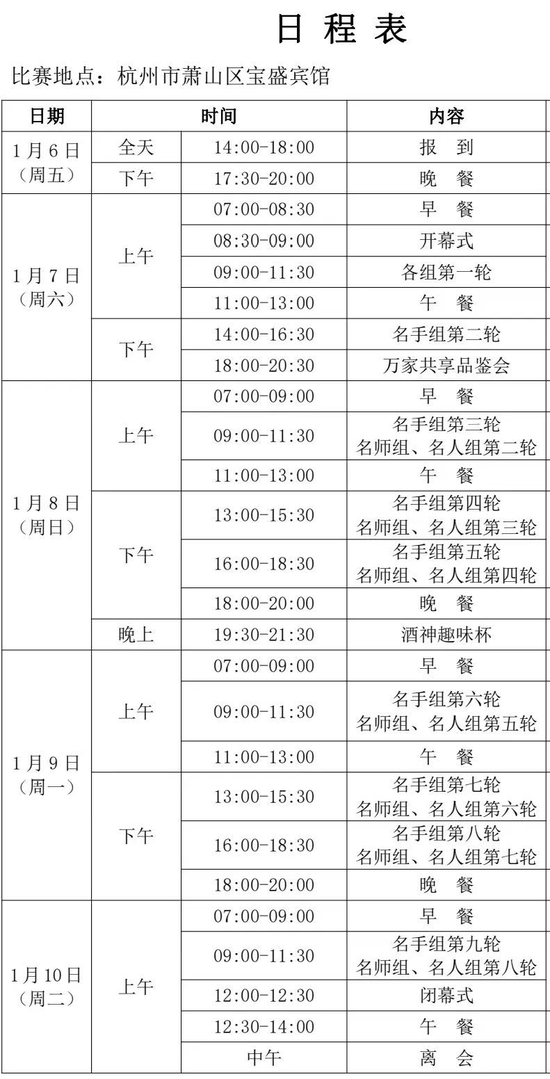 Djo's first set was suspected of injuries. Amazing 4 consecutive victory over Mei never lost a set to the finals