Home » volleyball » The 3 teams of the Qian Super Women’s Volleyball Team Jin, Shanghai and Fujian will advance to the top 4 Jiangsu Shenzhen will compete for the last seat
Best price
volleyball

The 3 teams of the Qian Super Women’s Volleyball Team Jin, Shanghai and Fujian will advance to the top 4 Jiangsu Shenzhen will compete for the last seat 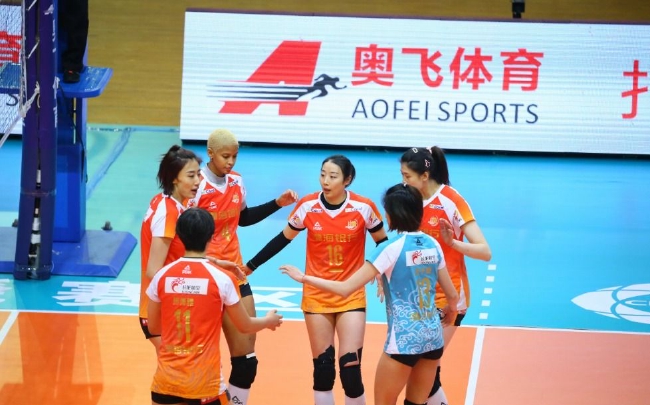 On the evening of December 30, Beijing time, the second round of the second round of the Chinese Women’s Volleyball Super League in the 2022-2023 season ended in Shangrao, Jiangxi.The three teams of Tianjin Bohai Bank, Shanghai Guangming Youbei and the Anxi Tieguanyin, Fujian all fell their opponents. In the three games of the two games, they won the top 4 with a total score of 2-0.In the last runner-up, Jiangsu Zhongtian Steel 2-3 defeated Shenzhen Australian tiger Caulonghua, and was scored by the opponent to score a total of 1 draw. The two teams will compete for the final seat of the 4th in the finals tomorrow.The semi -finals of this semifinals will be held on January 2 next year, and the competition will still adopt three two wins.At that time, Tianjin Bohai Bank will face the Tieguanyin of Anxi, Fujian, and Shanghai Guangming Youbei waits for the winner between Jiangsu Zhongtian Iron and Steel and Shenzhen Australian tiger.

Fighting with Shenzhen with 7 foreign aids, the Jiangsu women’s volleyball team, which the young player’s main, missed the fighter under the advantage, and defeated the five innings in the five innings.22, 21-25, 26-28 and 12-15.

Faced with a number of players who were forced to make guest appearances in Beijing, the Fujian women’s volleyball team led by Zheng Yixin firmly controlled the rhythm of the game, and went straight to the opponent in three games.Promoted the top 4, and the scores in the three games were 25-18, 25-11 and 25-17.

In the second confrontation with Shandong, Tianjin only encountered a strong resistance in the third game and fell behind 4 points.The highly technical Tianjin women’s volleyball team successfully seal opponents, won the total score of 2-0, and advanced to the semi-finals for the 8th consecutive league. The three games scores were 25-12, 25-15 and 25-23.

The Shanghai Women’s Volleyball Team encountered a strong resistance in the first game in the first game, defeated the opponent in three innings, won the total score of 2-0, and the sixth consecutive finals were selected as the top 4 in the league. The three inning scores were 26-24, 25-13 and 25-19.(Caucasus)

Xu Zhengyuan: We will come up with the best performance to return to Chengdu fans

Joey: We have experienced a great season to draw a successful end