The article is transferred from the China Go Association

On January 10, all the events of the Fifth “Han Sauce Cup” National Amateur Go Contest ended in Hangzhou Xiaoshan Baosheng Hotel.Tang Chongzhe won the famous team championship with the best victory in the 9 war. Zhou Zhenyu and Ma Tian won the runner -up and third place;The celebrity group Sun Baoquan won the championship through the victory, and Xu Yunkun ran to the runner -up, and Ye Ziliang won the third place. 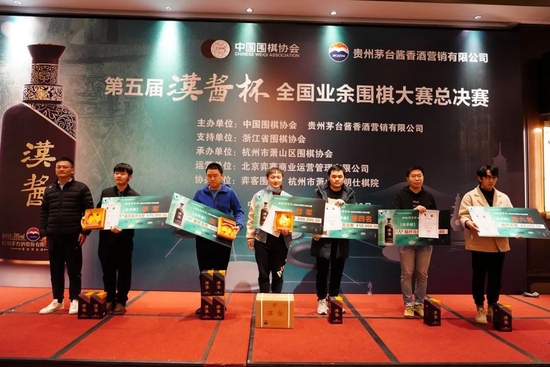 Today, the last round of competitions in the three groups decided to set the rankings in each group.In the master group gathered in the master, the first eight rounds of Tang Chongzhe led all the victory. His last round against Zheng Yanjie, who was against the previous six wins, kept a good momentum, and then the next city, with an unstoppable nine -game winning streak, made no controversy to the championship.Zhou Zhenyu, who was 7 wins and 1 loss in the first eight rounds, lost to Chen Yang and ranked second.Ma Tian’s vigorously grant Tao Chinese and won the third place.Chen Yang, Wang Chen, Zheng Yanjie, Tao Hanwen, Li Tianyi, Pan Wenjun, Wang Yixin, Du Yang, He Xin ranked 4th to 12th.According to the rules of the competition, the champion Tang Chongzhe received a bonus of RMB 90,000 and can declare 8 places of amateur.The runner -up and third place bonuses were 30,000 yuan and 15,000 yuan, respectively.In addition to the bonuses, the winners also won the exquisite Han sauce provided by the sponsors. 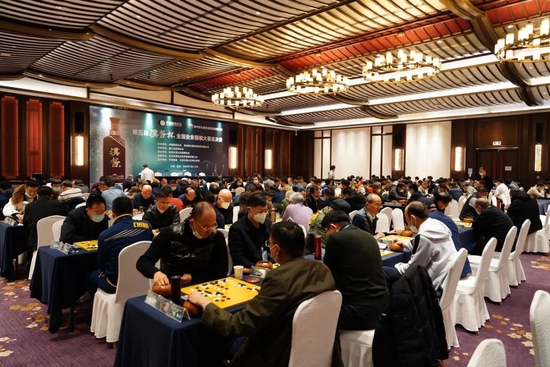 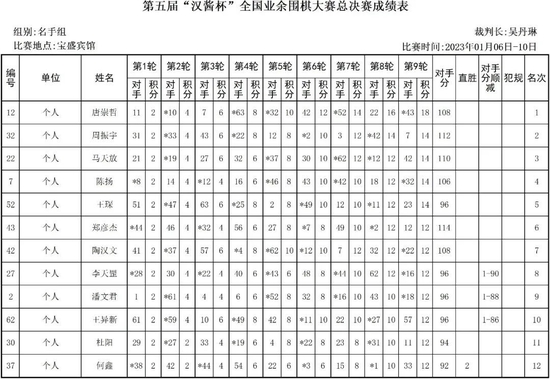 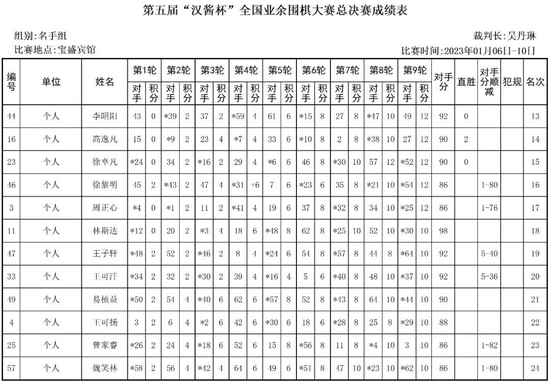 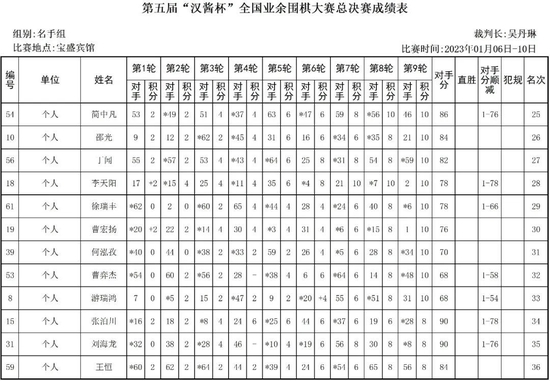 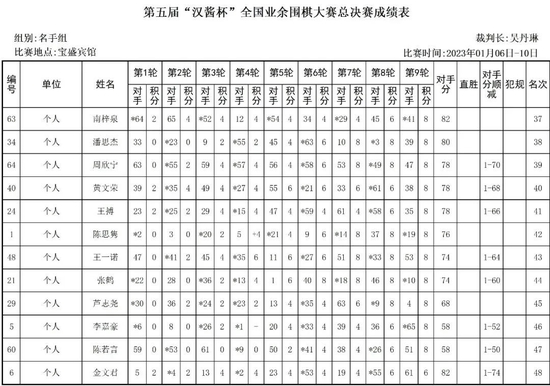 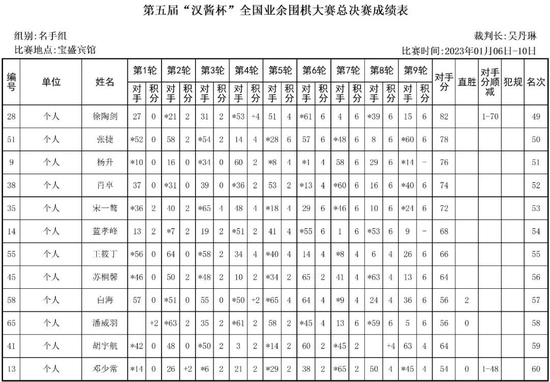 The famous teacher group conducted a total of eight rounds, and Zhang Guang, who was 6 wins and 1 loss in the last round, met with Li Zixu’s last round. Zhang Guang won and locked the championship.Another 6 wins and 1 loss player Li Ping lost to Song Yang. Song Yang later won the runner -up, and An Hang defeated Xu Qing to get the third place.Li Zixu, Han Bin, Meng Fanxiong, Li Ping, and Zhou Yelei won 4 to 8.The champion Zhang Guang received a prize of RMB 20,000, and the runner -up and third place bonuses were 8,000 yuan and 3,000 yuan, respectively.The top 18 of the famous teachers and the championship awarded 6 sections of amateur, which can be postponed to the top six. 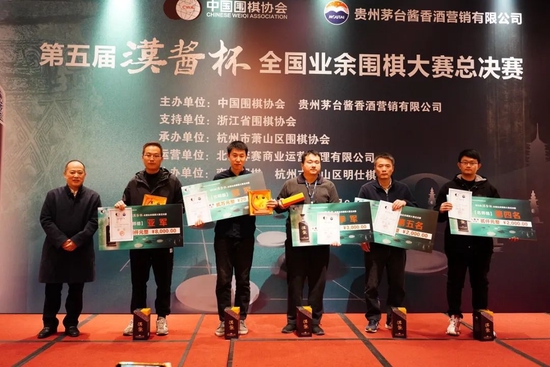 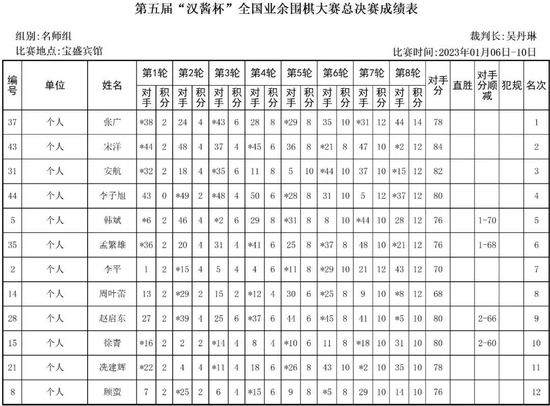 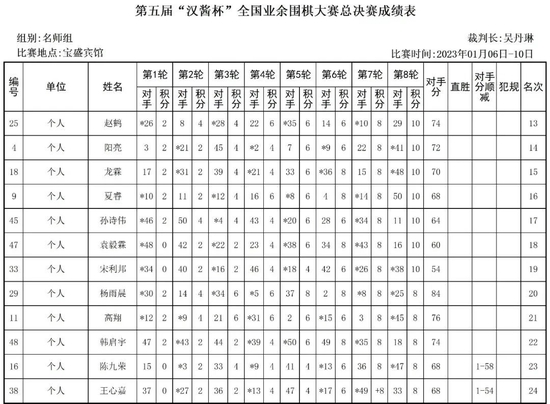 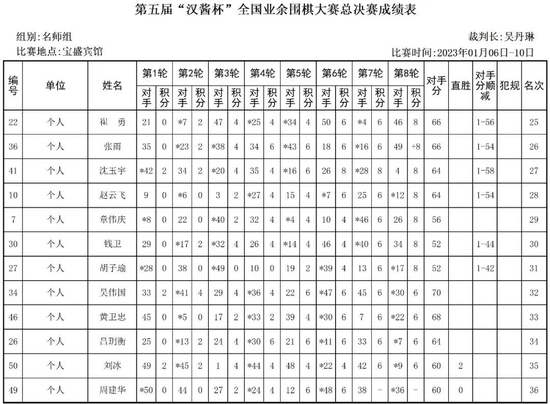 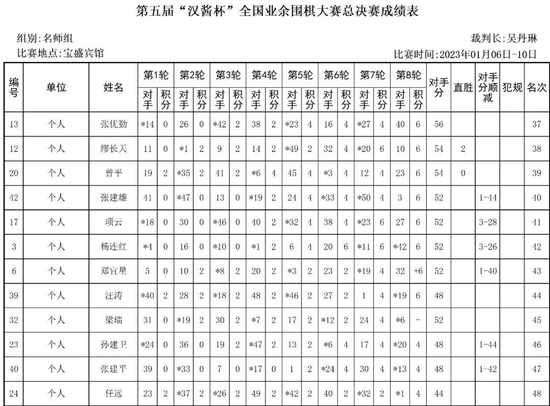 There were four wins and 1 loss in the first seven rounds of the celebrities. In the last round of catching, Sun Bao defeated Huang Self -defense, and Xu Yunkun defeated Ye Ziliang.Sun Baoquan and Xu Yunkun were the same as Xu Yunkun. Sun Baoquan won the championship with a straight victory, and Xu Yunkun won the runner -up.Ye Ziliang third, Huang Self -defense, Gao Pei, Dang Jinwang, Wang Liang, and Ye Xiaoyun listed 4 to 8.The celebrity group champion bonus was 20,000 yuan, the runner -up and third place bonuses were 8,000 yuan and 3,000 yuan, respectively, the top 18 rewards, and the top 3 awarded 5 paragraphs of amateur, which can be postponed to the top 8. 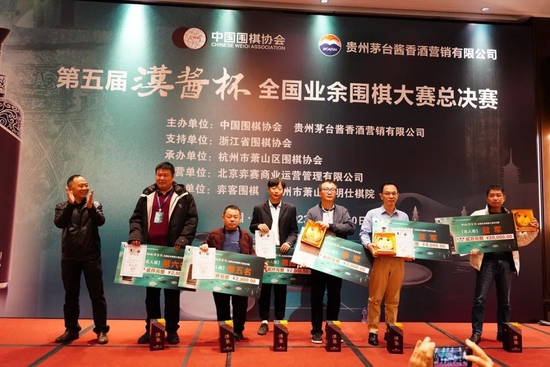 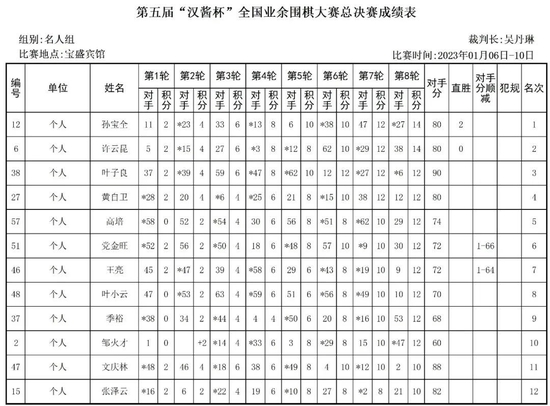 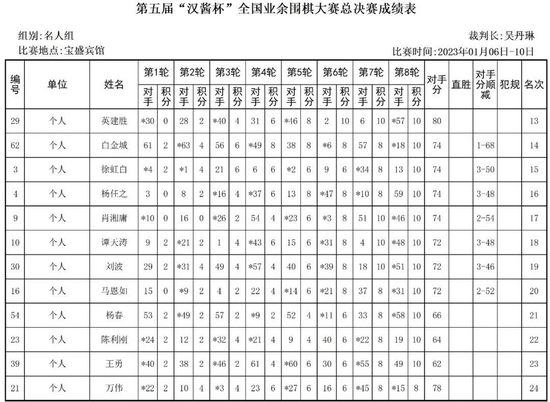 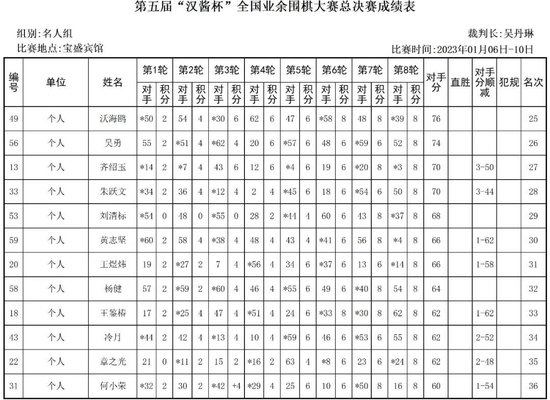 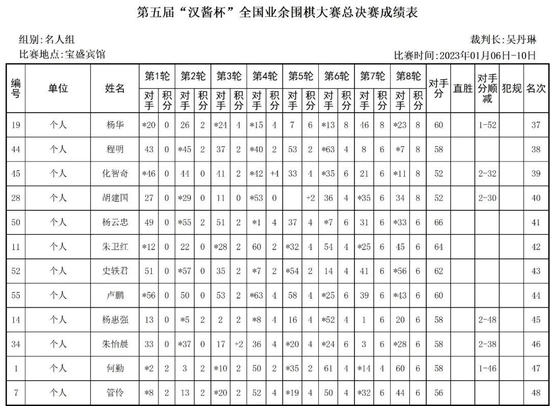 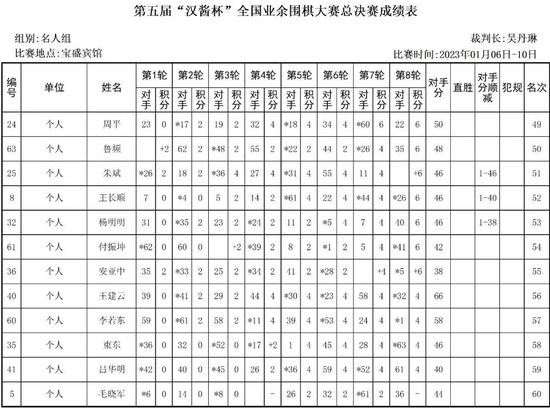 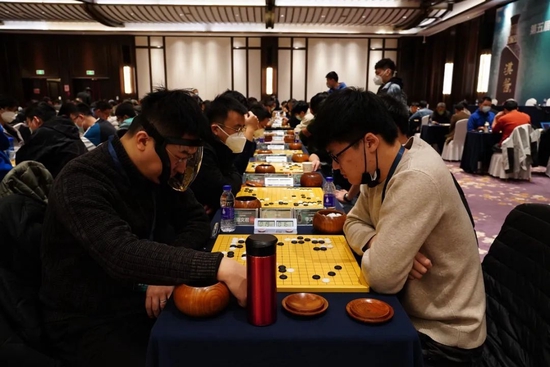 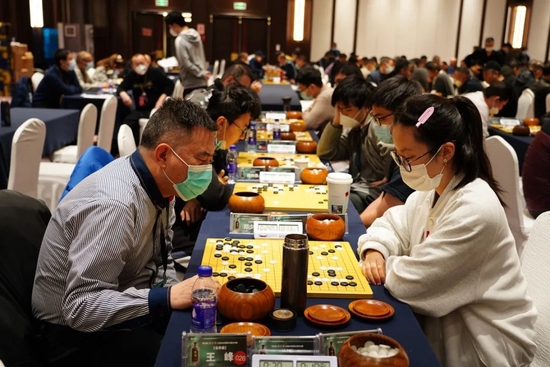 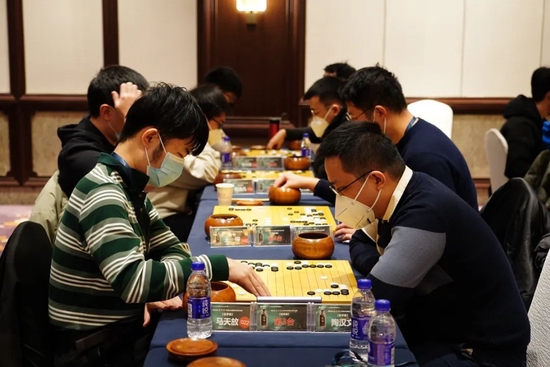 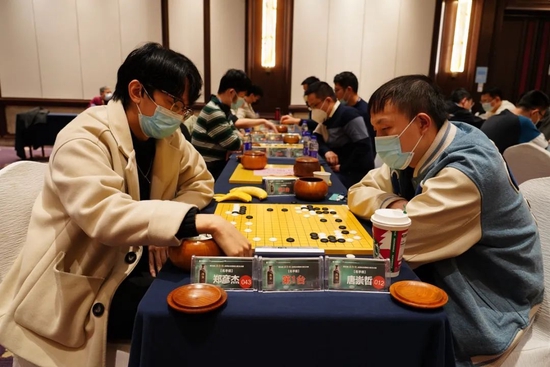 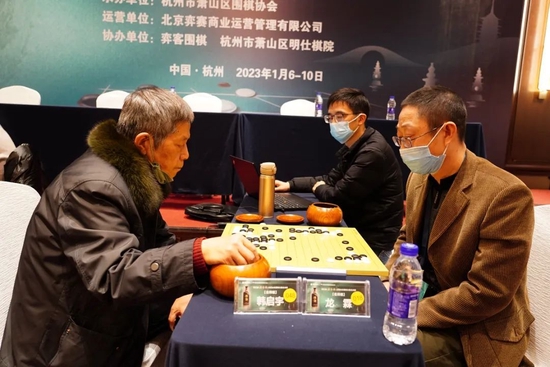