For Shenhua, which has been performing well in the FA Cup in the past few years, it has been subject to various reasons. This season, I want to impact the FA Cup championship this season.

However, in the quarter-finals, there were two games against the Cangzhou lion, and Shenhua scored 7-1 to win 7-1. He is the best result that the team can achieve in the semi-finals of the Taishan Society.

After all, most of the players in the hands of the coach Wu Jingui are from the 1999-2001 age.During the critical period of stock reform, young players showed quite high literacy. This is also a youthful legacy left by Greenland before it is about to retreat. 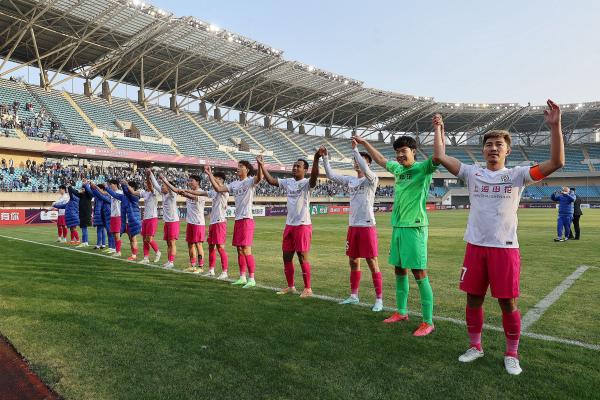 The teenager shines on the Football Cup

In the two rounds and Cangzhou male lions, in the critical period of Shenhua’s stock reform, many high -paying players stayed in Shanghai and the club to discuss the problem of arrears.

According to surging news reporters, the problem of arrears of wages has basically been solved smoothly.

The long time and Greenland have come up with quite sincerity. Most of the players also understand that it is no longer the Jinyuan era. Both parties have basically reached an agreement to discount payment. This way, Shenhua can solve the problem of historical leftover.The problem of access is not big.

Most of the young players who followed the team of the Suzhou Football Association with the team. They played against the Cangzhou lion in two rounds. Shenhua sent six players born after 2000.

Among them, Zhu Chenjie and Zhou Junchen have been emerging in the past two years, but the vast majority of players in 2001 are the first time that they can play on behalf of the front line.The goalkeeper Zou Zhengkai experienced the continuous starting of his body discomfort. After the defender Zhu Yue, since the AFC Champions League in 2000, he finally got the opportunity to play again on behalf of the first team.

Jiang Zhixin and Qi Long fans are relatively unfamiliar, but the two performed very stable in the middle and backcourt. Fernando was a surprise. He completed the goal in both games.On the bench, Shenhua also had 6 players in 2001, and some players also got the opportunity to show off.

A few months ago, the player of the 2001 age section had just participated in the U21 league. Now representing the first team to participate in the FA Cup, the teenagers seem to be very adaptable and show their very good personal abilities.In the first round of Shenhua won 5-1, Fernando scored the first team’s virgin ball. Zhou Junchen completed the transmission and let Shenhua laid the foundation for promotion.

In the second round, Shenhua did not relax, Fernando broke the deadlock, and Shenhua finally won 2-0 to advance to the semi-finals.

For the performance of young players, Wu Jingui recognizes that in the two rounds of the post -match conference, he said that in the future, he will give young players more opportunities, but at the same time, he will maintain pragmatism. 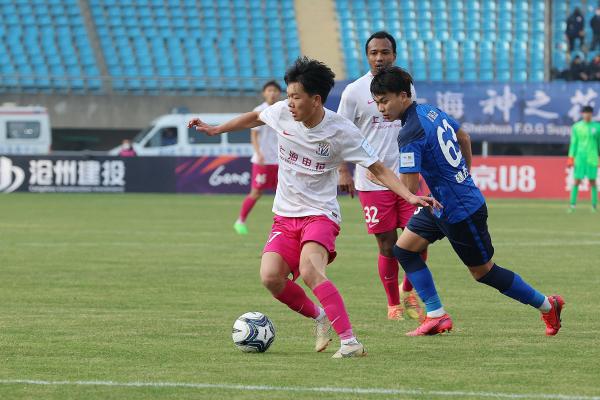 “I have encountered many times in the” Youth Storm “in my coaching career. I have always adhered to a concept that no team can be paranoid. The team must have a skeleton.Alternately emphasize that young players may have risks when they appear. The professional league is very cruel, and it is impossible for any club to do experimental fields. “

In fact, Wu Jingui is not unfamiliar with this situation. In mid -2002, he was in charge of Shenhua Shuaiyin for the first time. At that time, he gave Dewey, Sun Ji, and Sun Xiang.Winning the league championship.

In 2006, Wu Jingui coached Shenhua. The batch of players in the 1985 ages of Linglin, Mao Jianqing, and Shen Longyuan also got a lot of opportunities.After confirming that the 2023 season was reserved, Wu Jingui revealed that he would gradually enrich the 2001 player to the first team lineup.

In this special period, players in 2001 also began to emerge.For 9 years, the Greenland Group has established a complete youth training system from scratch.

In the Spring Festival of 2014, Greenland took the right to operate the Shenhua Club from Zhu Jun. At this time, the team just left the absolute main force such as Wang Dalei, Dai Lin and Song Boxuan. 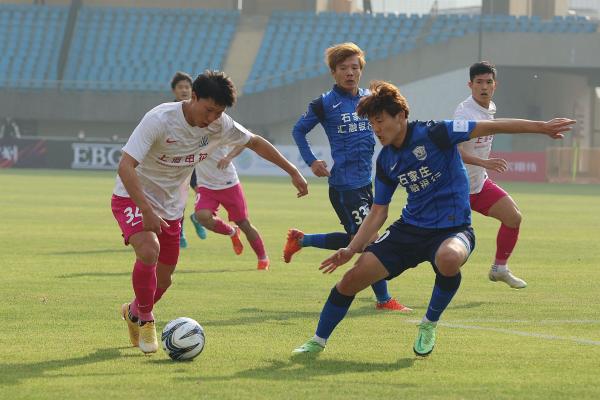 While the first team supplemented the players, the Greenland began to build a youth training framework. In the past few months, the club had only purchased the echelon of 1995 to 1996 from the Lucky Star of the Shanghai Well-known Youth Training Club.

The green space that has just entered the football circle, selected a model for the construction system to send to Spain to participate in the local league in the echelon training.The rate is not high.

It turns out that this model has been successful, and now there are many players in the 1999 age player in the Shenhua team played the main force.

The player in 1999 is the echelon of the construction system that Wu Xiaohui and Shanghai Football Xu Genbao only discussed in the summer of 2018. At that time, Wu Xiaohui said that this is the last time the application of the Shenhua Club to buy the echelon.The pattern enters the mode of independent training.The establishment of the 2001-year-old team, which is emerging, can be traced back to 2015. Wu Jingui, then the club youth training director, reached a strategic cooperation with Jiangzhen Middle School to form the 2001-2002 echelon, 2003 echelon and 2004 echelon.In the next few years, at the youth training point, the club has added cooperation with Yangpu Football School, Yangpu Sports Bureau, and Shao Sports.

Greenland has set up youth training system for 9 years 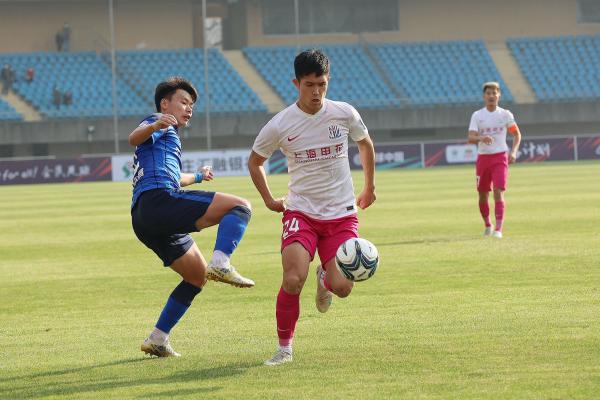 The 2001 youth training echelon established by the Greenland Group from scratch, the club has given high investment.

In mid -2017, Spanish Youth Training Coach David Piiri served as the head coach of this echelon, and Huan Louis was the assistant coach.Under the leadership of the Spanish coaching team, the U16 echelon at that time has repeatedly achieved outstanding results in various competitions in the season, and has achieved the runner -up, championship cup runner -up, and a series of third place in the season.

In the middle of 2018, Croatian coach Baiseck served as the consultant of Shenhua Qingxun and the head coach of Shenhua 2003.In the same year, the Shenhua U17 echelon led by David Pili won the National Youth Football Super League U17 Championship and the National Championship U17 runner -up.

For the echelon in 2001, the only pity is the impact of the epidemic. Foreign teachers did not continue to lead the team. At the National Games in 2021, this optimistic team failed to win the championship …

When Wu Xiaohui bought Genbao Base in 2018, when the 1999 age section of the echelon, he stated: “In the following three years, in addition to maintaining the standard, Shenhua also has a major breakthrough in youth training.The problem of insufficient reserve power. “ 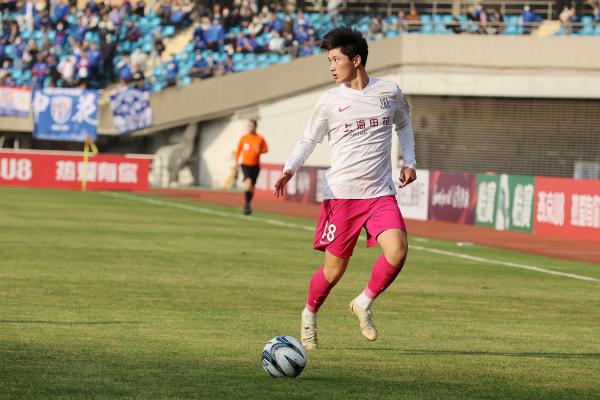 “Two or three years later, the echelon strives for more young athletes to emerge, and more new faces recognized by everyone in the first team areas, let everyone see the hope and future of Shenhua.”

Judging from the growth of the Shenhua echelon in recent years, Wu Xiaohui should be said to have completed the original promise.The first Shanghai Tomorrow Star Invitational During the 2021 National Day, the Shanghai Blue Team, which is mainly formed by the Shenhua U15 echelon, successfully won the championship. In the construction of the younger age, Shenhua also slowly saw success.

In the past two years, some club parent companies have economic difficulties. Echelons and youth training are the most vulnerable links. Small players have left the team and even the echelon dissolution has become the norm.In the face of economic pressure, the club echelon has not been dug away in this year’s club echelon.

In fact, the outstanding young players, including the first team meet the needs of the team, have no one left the team in the past year or two.This is also a point that Wu Xiaohui has repeatedly emphasized: to keep the hope for the club in the youth training.