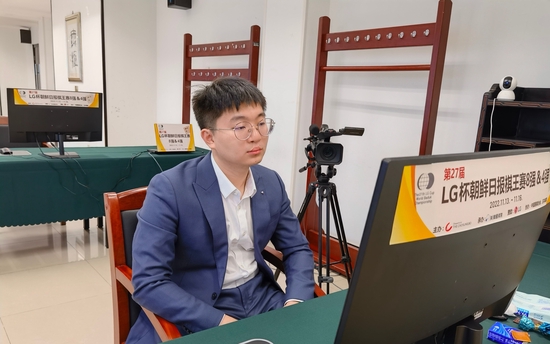 On December 30, a reporter from the Beijing News learned from the China Go Association that the Chinese Go Association surveyed the event manager, the stadium staff, the participants, and other parties to determine that the Chunlan Cup competition was in line with the Go World Competition Network NetworkRegular requirements, there is no evidence that there is a phenomenon of illegal cheating.

In order to strict discipline, positive atmosphere, and rules, the Chinese Go Association and the National Go Team were criticized and educated with Yang Dingxin and other players involved in accordance with relevant regulations of the State General Administration of Sports and the State Go team management regulations.Yang Dingxin realized his mistakes, submitted a written review, and apologized to Li Xuanhao; in addition to the LG Cup final of the event, Yang Dingxin stopped all personal games for six months; he criticized other chess players and warned.

Li Xuanhao’s progress is the first choice of AI

Yang Dingxin asked questions to fight against it

With AI (artificial intelligence) fully involved in Go, the players are using AI training every day, and the strength gap between the top players is getting smaller and smaller.On the semi -final of the Chunlan Cup on December 21, Li Xuanhao insisted that he became the focus on Shen Zhenzhen. Both of them studied AI deeply, so that the chess fans joked that the game was “Xuanqian Intelligent” against “Applied Intelligence”.In this battle, Li Xuanhao played perfectly. After the first choice of the AI in the white 44, he forced Shen Zhenzhen to fall into passive.In the process of about 100 hands in the mid -market, Li Xuanhao’s trick is very close to AI, mostly the top three of AI.After the game, Li Xuanhao said that the string is pure calculations, “If the front can be right, the back is actually the same as AI. I think the middle calculation is clear, he (Shen Zhenyu) should not be particularly goodBlocking. “

The 27 -year -old Li Xuanhao can be described as the biggest player in Chinese Go, and it is also the fastest chess player in Chinese Go this year.In the Hangzhou Asian Games selection preliminaries in April this year, Li Xuanhao won the nine sections of the professional at the same time, and in the second stage of the selection of the trial, he broke through the Fifth place in the Asian Games Chinese team lineup.In the next month, Li Xuanhao won the championship of the two competitions: Rotten Cup and Wang Zhongwang.After Wang Zhongwang won the championship, Li Xuanhao said that he has greatly improved his confidence and hopes that he will win the world championship in the future.

In the Bottom League, Li Xuanhao’s record reached 11 wins and 1 loss, and the main general was 6 wins and 1 loss. In the fifth round, he lost to Xie Ke.In September this year, Li Xuanhao’s ranking ranked from 14th to the second place at the beginning of the year.After the finals in the Chunlan Cup, Li Xuanhao’s top -time difference between Li Xuanhao and the top -ranking of the list have been reduced to 6 points.

In the early morning of December 22, Yang Dingxin publicly questioned Li Xuanhao’s cheating in the WeChat circle of friends.Come out and judge by everyone. If you all think I am wronged, I will retire after I finish LG (cup). Do you dare to fight? “

In the past two or three years, Yang Dingxin has been ranked among the top five. On November 16th, he defeated South Korean chess player Shen Zhenxuan in the 27th LG Cup World Go King Championship semi -final. He will compete with Ding Hao’s nine sections early next year.

Some professional chess players and chess fans have expressed their opinions in the media and WeChat groups. Some believe that Yang Dingxin has no evidence. It is publicly questioned by the speculation. His practices seriously hurt teammates and Chinese Go.Li Xuanhao is doubtful.A senior executive of wild fox Go said, “I just watched a record of a chess player using a desperate art. It was nine to nine, and the whole year was full.” A chess player “undoubtedly refers to Li Xuanhao.National Go Team Special Training AI.Compared with other people’s analysis and guessing only from AI, this information about Li Xuanhao’s real training is more valuable. 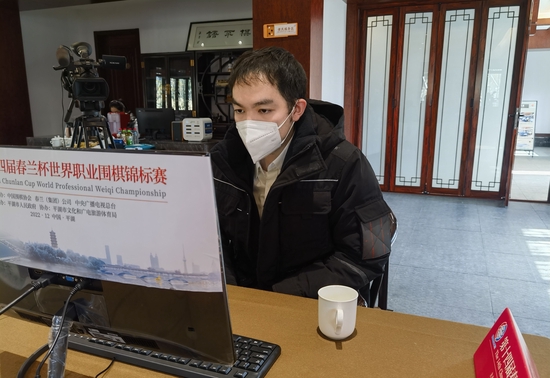 No violations were found after investigation

On December 30, a reporter from the Beijing News learned from the Chinese Go Association that a complete set of online competition supervision systems that all parties have been explored and summarized since the epidemic have obtained the common recognition and obey of China, Japan and South Korea:Pass the electronic equipment such as mobile phones and pass security inspection; the supervisor assigned by the country to supervise the opponent’s arena; the event has a special toilet, the camera is taken throughout the process, and there are special supervision.During the Chunlan Cup competition, there were a total of 1 competition camera, 2 waiters, 1 leaders of the association, and 1 staff member of the association. The prescribed staff members were present all the way to meet the requirements of the Go World Competition.

The Chinese Go Association and the National Go team said that their attitude towards chess players has always been clear, just like anti -doping, zero tolerance and punch.Yang Dingxin publicly questioned the next morning after Li Xuanhao cheated, the Chinese Go Association and the National Go team communicated with him and criticized them. Yang Dingxin quickly realized his mistakes and deleted the circle of friends.After that, the Chinese Go Association investigated and talked about relevant event managers, on -site staff, and participating players, and looked back at the stadium monitoring throughout the process to confirm that there was no illegal cheating phenomenon.According to the “Supervision Report of the Chunlan Cup Fighter 4 Tournament”, Li Xuanhao VS Shen Zhenyu and Tang Weixing VS Bian Xiangyi did not have abnormal conditions.When entering the field, the players were tested by the staff with metal detectors. The players did not carry illegal supplies into the field.At the same time, the players did not communicate with people in the game, did not use any electronic products, nor did they take the initiative to click on any program and browser.

At present, Yang Dingxin has submitted a review letter to the Chinese Go Association and the National Go team, and expressed that they accepted all punishments.”I have to apologize for everyone who has been affected by this incident, especially Li Xuanhao expressed my sincere apology.” Yang Dingxin said that after the criticism and education of leaders and coaches, Yang Dingxin deeply realized that he and an excellent chess player’s standard was afterThere is also a small gap. In the future, we must learn from this incident, and use the spirit of the Chinese sports spirit and the national team to “report to the country with chess, treasure responsibility, advocate chess products, and unite to win”. “

After the incident, the Chinese Go Association attached great importance to this and conducted as detailed and rigorous investigations as possible.Both the association and the national team stated that they should strengthen the education management and increase communication of national team members; the association should further strengthen management and supervision of the event, listen to the opinions of chess players, and continuously improve related work in terms of how to prevent cheating.

Xie Hui: We will have a pure football for tomorrow