In the first game of the Super Women’s Volleyball Team, Tianjin won the first opportunity of Shanghai Chong, the 15th championship 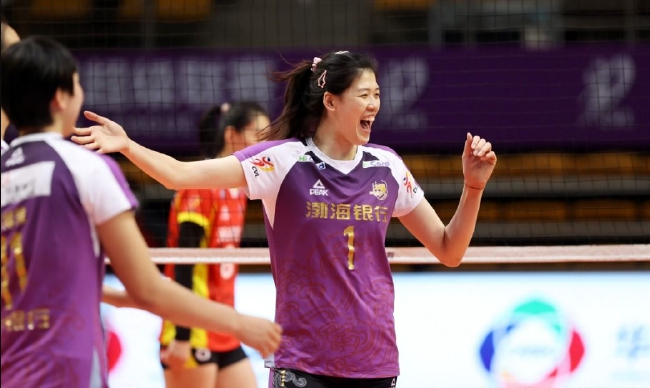 On the evening of January 7, Beijing time, the first round of the first round of the Chinese Women’s Volleyball Super League final of the 2022-2023 season ended in Shangrao, Jiangxi.The defending champion Tianjin Bohai Bank won the Shanghai Guangming 3-0 lightly. In the three-win series of the two-win series, the total score was 1-0 first, and successfully won the initiative of the 15th championship in the impact. The score of three innings was 25-17, 25-19 and 25-17.

Tianjin, 4-7 behind the first game, has a strong counterattack in Zhang Shiqi’s serving wheel, overtaking 9-7 in one fell swoop.After Zhong Hui counterattacked to 12 draws, Chen Boya and Valgas had repeatedly burst and repeatedly built, Wang Yidi deducted the ball out of bounds. Tianjin scored 4 points to open the score to 16-12.Shanghai’s strong wheels in Walgas were again a card wheel. Gao Yi and Wang Yidi attacked the offensive, and Valgas jumped twice to build work.With Brido’s fighting mistakes, Tianjin easily won a game by 25-17.

After 4 draws in the second game, Tianjin’s errors in the high-spirited serve increased by 4-9.Yao Di and Wang Yuanyuan lost their matching and galloped Valgas’s attack, and Shanghai pulled the score to 14-8.Tianjin’s 3 -point strong attack Qi Fawei reversed the passive situation to 15 draws.After 17 draws, Tianjin’s hair rotor in Yang Yi rose strongly. Wang Yidi strongly attacked the border, Li Yingying and Valgas counterattacked, and beyond 23-17 in one fell swoop.Zhang Shiqi stopped the outcome of the game, Li Yingying’s 4th position was forced to lock the victory, and Tianjin won another game 25-19.

The four attackers in Tianjin scored doubles in this game, and responded to Walgas and the main attack Li Yingying both scored 15 points. The main attack was 12 points contributed, and Zhang Shiqi scored 10 points.Wang Yindi won the highest 12 points of its own party. The two mains scored 9 points and 8 points in Brido and Zhonghui, and the secondary attack was 6 points.

At 19:30 tomorrow night, Tianjin Bohai Bank and Shanghai Guangming Youbei will start the second round of the finals.(Caucasus)

Tao Qianglong: Young players will make mistakes and need to improve a lot of problems.