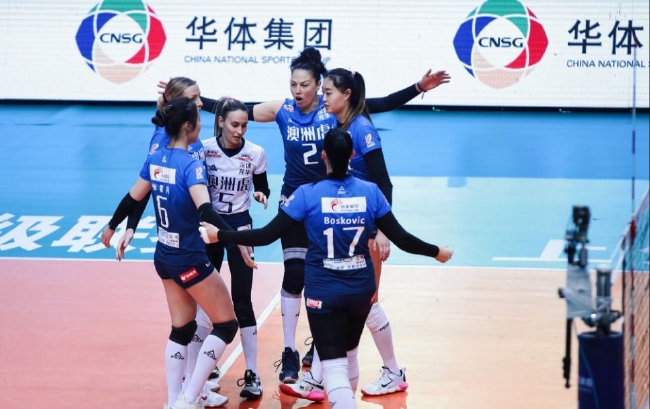 On the evening of January 6th, Beijing time, the 2022-2023 season of the Chinese Women’s Volleyball Super League 8th Top 8 Top 8 Rao was launched in Shangrao, Jiangxi.Shenzhen Australia’s tiger in the tiger in the Australian tiger 3-2 to frustrate Fujian Tieguanyin, Fujian, and first raised the top three games in the third place.Shandong Rizhao Iron and Steel and Liaoning Donghua defeated Jiangsu Steel and Beijing Automobile, respectively, to seize the opportunity in the competition of 5th and 7th place.

3. In the first round of the finals: Shenzhen Australia Tiger 3-2 wins the Tieguanyin of Anxi, Fujian

Shenzhen and Fujian, which also achieved major breakthroughs in this season, competed for the third place.In the first competition, the two teams fought in the fifth game, and the Shenzhen women’s volleyball team had a 3-2 dangerous victory. The five inning scores were 25-22, 16-25, 23-25, 25-22 and 15-8.

In the second game, Fujian’s hair rotor in Ye Jiajing exceeded 5-0.After Shenzhen replaced Zhang Xinyue, she used Xue Yizhi to block the wheel.Liang Guiqian hit a counterattack in the second ball, and Fujian led 11-4, and Shenzhen replaced the first second pass Yaksic.After Daipao’s backward Shenzhen was at the end of the 3rd rescue point at the end of the game, Corusla attacked the border, and Fujian pulled back a while from 25-16.

After the third and fourth teams, the two teams won the game and brought the game into the final game.In the fifth game, Shenzhen was full of serve.After the 6-point Fujian chased to 7-11, Zheng Yixin and Liang Weifan were frustrated, and Shenzhen won the match point 14-7.Dana-Boskovic attacked a fixed pronunciation, Shenzhen 15-8 won, and 3-2 wins Fujian.

5. The first round of the finals: Shandong Rizhao Steel 3-0 victory over Jiangsu Zhongtian Steel

The Shandong Women’s Volleyball Team, which returned to the whole main force, swept the last runner-up Jiangsu 3-0. In the three-win series of the two-game series, the scores in the three games were 25-15, 25-20 and 25-17.

7 and 8 finals in the first round: Beijing Automobile 1-3 Liaoning Donghua

Facing the old-fashioned Journey to Liaoning, the Beijing Women’s Volleyball Team lost 1-3 without the battle between Wang Yunzheng and Zhang Yu, and folded first in the competition of the three games.-25 and 15-25.

Zhang Xu: Why do you want to be stubbornly practicing the habit of "you won't lose chess easily"