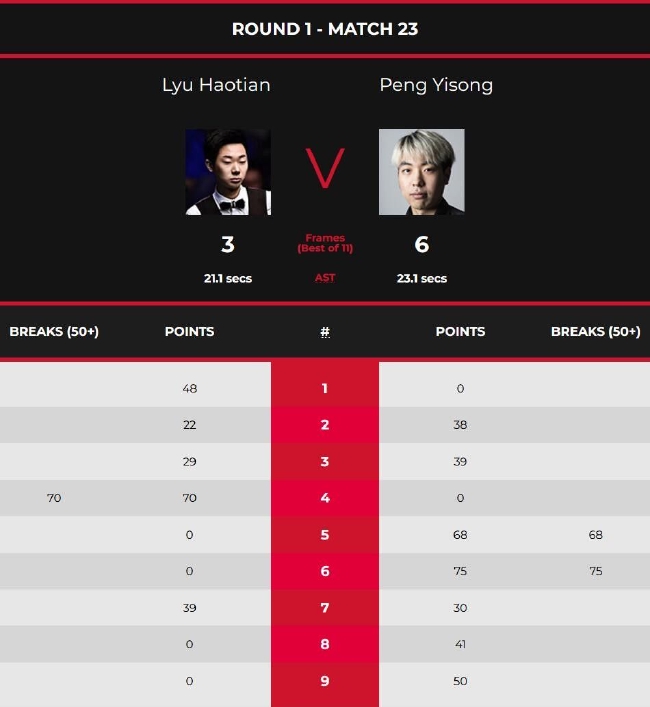 However, as Chinese players suspected of fake balls were temporarily banned 10 people, and many players retired, from the first day of the qualification match, many games could not be carried out, and the original schedule was also disrupted.In the first round of Japan, Japan should be played in 48 games, and only 33 games were actually played.

The Chinese players who appeared on the same day played a high win rate.Peng Yizhan defeated Lu Haotian 6-3, and scored a single shot of 75 points in the 6th inning, creating a full score of 6 red balls; Tian Pengfei defeated Wu Anyi 6-4 in another “civil war”.For the rest of the competitions, Xiao Guodong, Lei Peifan, Zhang Anda, Cao Yupeng, and Sijiahui both defeated their opponents; Yuan Sijun and Xu Si regretted losing the ball in the foreign war.