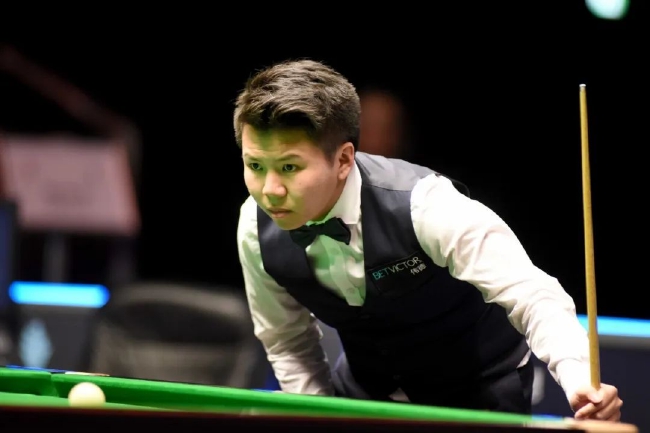 Zhou Yuelong is in the game

In the early morning of January 9, Beijing time, the next day of the Snooker 6 Red Ball World Championships.The two rounds were carried out on the same day.In the first round of the remaining competition, Fu Jiajun regretted losing to O’Conner. In the end, a total of 12 Chinese players advanced to the second round. In the second round, the Chinese Legion achieved maximum promotion.3 rounds.

However, as Chinese players suspected of fake balls were temporarily banned 10 people, and many players retired, from the first day of the qualification match, many games could not be carried out, and the original schedule was also disrupted.In the first round of Japan, Japan should be played in 48 games, and only 33 games were actually played.The 48 games that Japan should play in the next Japan actually only played 41.

The day was a two -day round.In the first round of the remaining competition, Fu Jiajun, who appeared on his birthday, had a poor signing on his birthday. He fought against the runner-up of the Scottish Open, and finally regretted 5-6.Wu Yize, Fan Zhengyi, and Li Junwei defeated their opponents.At this point, a total of 12 Chinese players advanced to the second round.

In the subsequent second round of all competitions, 12 Chinese players in the 12th played to maximize the promotion.Xiao Guodong, Tian Pengfei, Peng Yizhan, Cao Yupeng, Pang Junxu, and Li Junwei defeated their opponents in the “foreign war”; the other three “China Derby”, Zhang Anda, Zhou Yuelong and Fan Zhengyi, successively won.At this point, a total of nine Chinese players entered the third round.