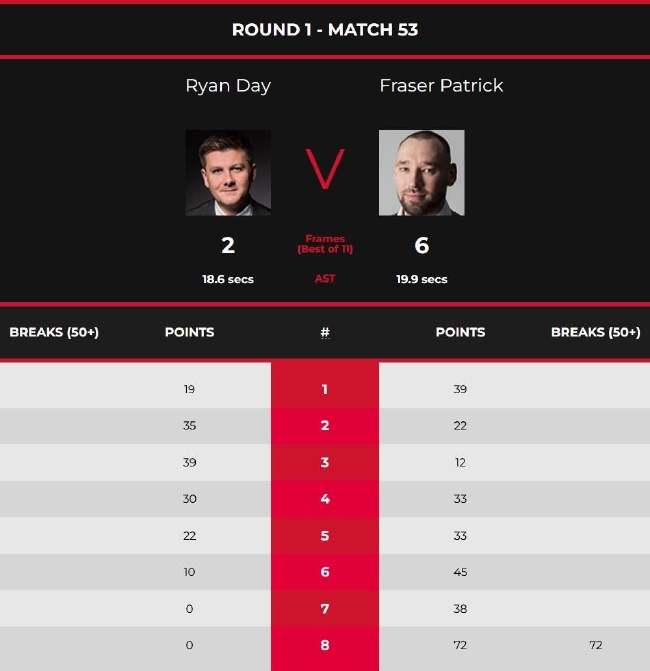 In the early morning of January 9, Beijing time, the next day of the Snooker 6 Red Ball World Championships.The two rounds were carried out on the same day.In the end, nine players in China ranked in the third round; in other players, Ryan-Dai Dai 2-6 burst into Patrick as a TOP16.

However, as Chinese players suspected of fake balls were temporarily banned 10 people, and many players retired, from the first day of the qualification match, many games could not be carried out, and the original schedule was also disrupted.In the first round of Japan, Japan should be played in 48 games, and only 33 games were actually played.The 48 games that Japan should play in the next Japan actually only played 41.

The day was a two -day round.Chinese players performed well. A total of 12 people advanced to the second round, and in the end, except for the three people lost in the “civil war”, the remaining nine people all passed the level smoothly.